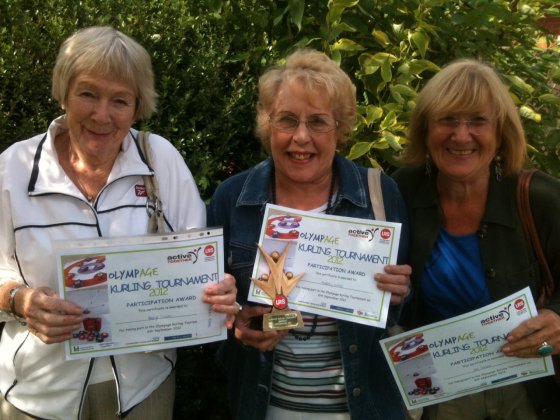 Once the rules had been establised, all teams competed in a minimum of 5 group games, establishing their position for the final knockout rounds. A mixture of new and old kurling kits, new bearings and an unfamiliar floor to most, proved to be challenging for the teams, however made the competition exciting.

Once the group stages were over and a quick refreshment break, the knockout stages began. the four teams competing for the cup consisted of 2 teams from Oadby and 2 from Melton.

The eventual winners of each competition were as follows:

Winners of the Spoon: Melton B - Melton

Congratulations to all winners and thak you to everyone who took part in the tournament. Many thanks to Jo Spokes and Kate Scott from Leicester-Shire and Rutland Sport and district co-ordinators on the day, Sam Chamberlain and Alex Brown.