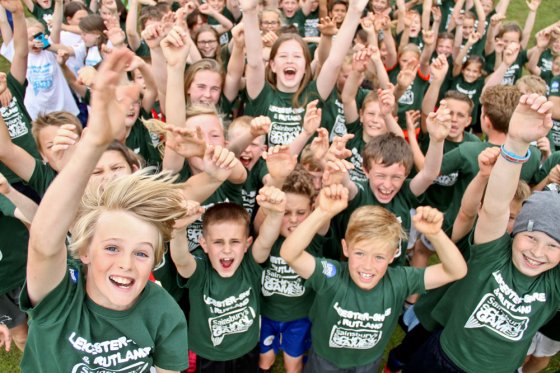 The Leicester-Shire & Rutland School Games Summer Championships had added exuberance this year, inspired by the upcoming Rio Olympics and Paralympics.

A total of 1,044 of the county's top primary school-based athletes and disabled athletes aged 8-11 years competed in the School Games Summer Championships on Thursday 30th June 2016.

With the Rio 2016 Olympics and Paralympics taking place this summer, the Championships celebrated in style with a local Samba Band from Leicester performing. Sambando played the percussion rhythms of Brazilian-style street-music and brought Latin energy and vibrancy to the Championships as the Teams arrived, and with a performance during the Opening Ceremony.

The 123 Teams, from 72 Schools, were representing the 10 School Sport & Physical Activity Networks (SSPANs), in 13 competitions across 9 sports. All teams qualified from their Level 2 Partnership Finals, to compete in this Level 3 County Final Championships.

The Opening Ceremony was hosted by Gaynor Nash who introduced Rio Olympic sizzle with Sambando's high energy acoustic performance, which was loud and infectious and got the athletes dancing to the beat!

Gaynor interviewed School Games Ambassador Sam Ruddock, who recently captained the Team GB side and claimed Silver in the F35 Shot Put at the IPC European Athletics Championships. Sam also spoke about his Rio Paralympics hopes ahead of forthcoming selection in July.

With the honour of becoming county and overall Partnership champions up for grabs, the young athletes then competed in 4 hours of competitive action in the top-class facilities at Welbeck Defence and Sixth Form College. The youngsters battled in the sports of – Quadkids Athletics, Kwik Cricket, Girls Football, Quicksticks Hockey, Netball, Sportsability, Swimming, Tennis, Tri-Golf and a Change 4 Life Festival.

Determination, Honesty, Passion, Respect, Self-Belief and Teamwork were all on display as the athletes respected the School Games Values, hoping to also be crowned the 'Spirit of the Games' winners for that competition, and for the year.

Schools were also invited to enter a Rio Olympic inspired Flag competition to have their flags displayed at the Championships and win a GO GOLD Athlete Roadshow for their School.

Compere Gaynor Nash was joined during the Closing Ceremony School Games Ambassador Grace Garner, who is a professional cyclist with UK Team Podium and recent winner of Essex Giro 2-Day. Alongside the Principal of Welbeck Defence Sixth Form College, Mr Peter Middleton, Grace awarded the Spirit of the Games and Winners trophies for each individual competition.

Going into the Championships the top of the medals table was close, but it was Hinckley & Bosworth who took home the overall '2015/16 School Games Champions' trophy!

The Partnership that won the most 'Spirit of the Games' awards was North West Leicestershire, winning 12 in total across the year and were therefore awarded the overall '2015/16 School Games Spirit of the Games Champions'trophy.

The School Games fever sets to continue with the 2016 National School Games Finals taking place at Loughborough University from 1st-4th September, the Summer Championships set to build the excitement and momentum. Teams and spectators are encouraged to attend, with tickets now on sale.

The Leicester-Shire & Rutland School Games, now in its sixth year, is part of the national 'School Games Programme' that is a unique opportunity to motivate and inspire young people to take part in more competitive school sport. It is open to all young people aged 5-18 years, of all abilities and backgrounds from every school across Leicestershire, Leicester and Rutland.

Lucy Baginskis, School Games Manager from Leicester-Shire & Rutland Sport said, "This year has seen another fantastic School Games Summer Championships, with new sports and competitions being added to the programme and a record number of young people attending. Our young competitors have also been inspired in the lead up to the 2016 Rio Olympics and Paralympics, with a Samba Band and Rio themed School flag competition, as well as an opportunity to access tickets to the UK National School Games taking place in September, hosted by Loughborough University for the first time ever".

To view full results and to access the photographs visit the web link below! 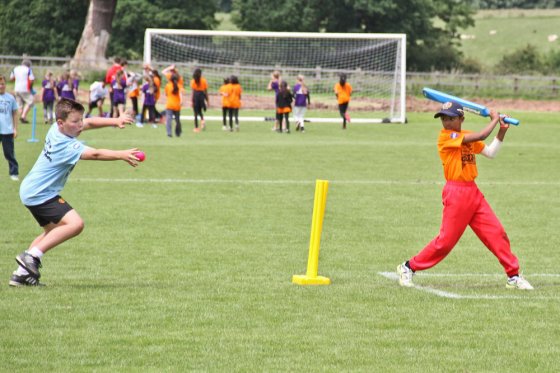