Passion and precision on show at This Girl Can Netball 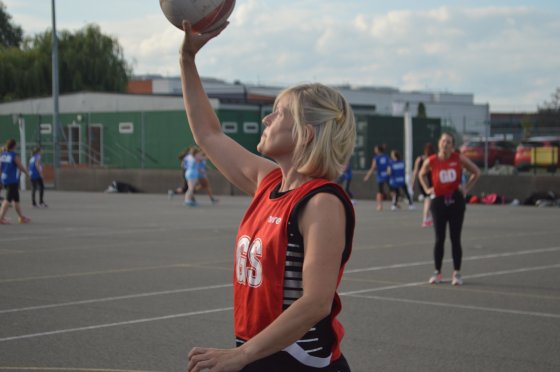 Following on from the success of 'Female Friendly' Netball back in April, 11 teams descended once again on Soar Valley Netball Centre for another evening of competition on Wednesday 12th July.

Once they were kitted up in their LRS This Girl Can t-shirts, the teams played in three mixed groups, to determine their position in the next stage of the competition. A round robin determined the final points and whether the teams went home with a Cup, Shield or Wooden Spoon. This meant all teams played against competitors of a similar standard to ensure a fair competition.

There was some strong play from all teams, new players and Workplace Challenge regulars alike. Final results are as follows:

2nd – Aylestone Back to Netball (NHS)

A big thank you must go once again to Val Kindred who organised the fixtures and collated the results, and to our fantastic umpires who helped the games run smoothly.

Congratulations to all teams who took part in the event and a thank you to all those who attended any of our Workplace Challenge competitions this year. We hope to see you again after the summer break.

For more information about This Girl Can: www.lrsport.org/thisgirlcan